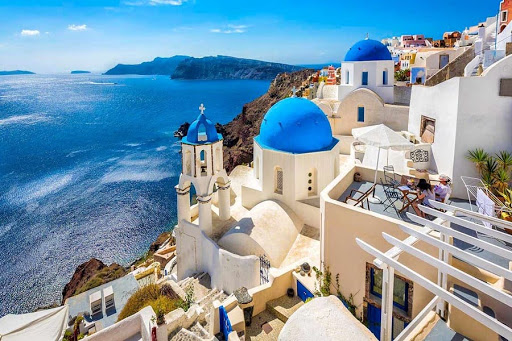 如果您发现成本低于我们的类似服务，我们将努力为您提供更好的报价。
Benefits of registering or buying a company in Greece. The Greek government has a very loyal policy regarding the creation of companies with limited functionality. Greece is a country with a low crime rate. Greek legislation allows Greece to be classified as a tax haven for attracting investments. Representative offices of foreign companies established in Greece have many benefits.

Greece is a state in Southeastern Europe, located in the southern part of the Balkan Peninsula and on the adjacent islands of the Ionian, Mediterranean and Aegean Seas. With its rich history, Greece is one of the most visited countries in the world.

This is a country with a great historical past. It is rightfully called the cradle of European civilization.

Today it is a member of the European Community, OSCE, NATO, UN, EEC, EMU and other international organizations.

Greece is an industrial and agricultural country. Industry and tourism were also widely developed.

The Greek government has a very loyal policy regarding the creation of offshore companies with limited functionality.
Greece is a country with a low crime rate.
Greek legislation allows Greece to be classified as a tax haven for attracting investments.
Representative offices of foreign companies established in Greece have many benefits.
Forms of companies:
There are several types of companies in Greece, which, in accordance with Greek law, are provided with a variety of tax incentives, namely:

Benefits of a subsidiary:

The representative office has no right to engage in business activities in Greece. The work of the office consists only in managing the affairs of the company abroad.
The company must provide a bank guarantee from a Greek or a well-known foreign bank in the amount of US $ 50,000 as a security deposit. In the event that the company violates Greek law, this amount will be paid to Greece as compensation.
Every year in February, the company is required to file a report on the costs of the dealership for the past year.
The company has to spend 50,000 Euro per year on the maintenance of the representative office.
Taxation

Representative offices (subsidiaries) that do not conduct business in Greece and do not receive any income in Greece are exempt from taxes, but only if they have received permission from the Minister of Economy.

Legal entities in Greece are subject to income tax at a rate of 25%.

The following are subject to taxation:

Greek companies - all profits earned both in Greece and abroad.
Foreign companies operating in Greece - income derived from sources in Greece.

The following are excluded from the taxable base:

interest on national loans issued in the form of bonds and treasury bills;
income received from the management of ships flying the Greek flag;
on a reciprocal basis - the estimated income from real estate owned by foreign countries (if used to house embassies and consulates), as well as from well-known foreign religions (if used for religious services);
on the basis of reciprocity - the income of foreign companies received by them in Greece from the management of ships and aircraft under foreign flags;
interest on bonds of OTE (Telecommunications Corporation of Greece), etc.
The VAT tax rate is 19%. Reduced tax rates are applied for certain categories of goods and services.

The rate of income tax, which is levied on individuals and individual entrepreneurs, is from 5% to 40%, depending on the amount of income.

The tax rate on dividends for companies that have offshore status is 0%. Dividends from Greek companies are tax-exempt at source.