Business in China: the registration of companies and representative offices

Establishment of a company is one of the ways for foreign entrepreneurs to  do business in China. Registration of companies in China with a current account in the "half-offshore" Hong Kong, brings significant profit when importing goods from China.

Company West Union will provide a complete set of services on registration of the following types of companies:

There are two types of enterprises in China co-established by the Chinese and foreign parties: joint ventures and contractual business. Their activities are regulated separately ("The joint venture" and "Law of the contractual venture"). Many of these laws are similar despite the legislation in respect of joint ventures is more detailed. These companies differ only by governance structure and principles of distribution of profits and losses.

Chinese contractual and joint ventures may manufacture and sell products in the domestic Chinese market on the basis of the operating authority as well as export some of its products.
China has promoted export-oriented joint ventures, but be reminded that the policy of granting tax incentives in recent years has undergone considerable changes and now the possibility of obtaining preferential tax status exists only for joint ventures company focused on production and enterprises engaged in hi-tech.

In this case both sides of the joint venture in China or contract the company will have to provide proof of their production activities and the presence of excellence.

Differences between the contractual and joint ventures in China

The main difference between the above mentioned types of businesses is that the joint venture in China is created as a limited liability company and a contract company may be or may not be a legal entity according to the provisions of the treaty concluded between the Chinese and foreign parties.


Each party of Chinese joint venture holds a share in accordance with its capital contribution. Profit and loss sharing also goes in accordance with the shares of the parties. Furthermore, foreign parties must have at least 25% share capita of the total investment.
Profits distribution of contractual venture can be made in accordance with the principles agreed in the contract by foreign and Chinese parties and they are not necessarily proportional to the amount of capital investment.
Contracts and joint ventures in China are managed by Board of directors. If the representative of one party is the Chairman of the Board of Directors, then a representative of the second party should be the Vice Chairman of the Board of Directors.

In accordance with the latest update of the Companies Act 2006, each joint venture in China should also form the Council of the founders which makes the management structure of a joint venture even more complicated.
Contractual enterprises, which have a status of legal entity, are very similar to joint venture companies in terms of company structure because the joint venture agreement and articles of incorporation clearly reflect the relationships between the two parties and the internal organizational structure is clearly determined.
However, the duration of the contractual venture is usually shorter than that of joint ventures in China.

Joint ventures in China face heavier regulation that gives a higher degree of security of capital for which management they are created. The contractual ventures, on the other hand, have greater freedom in determining the obligations of each party.

Registration of companies with 100% foreign investment in China

As it is seen in the name the authorized capital of enterprises with 100% foreign investments can be released and distributed only among foreign investors. 100% foreign ownership implies complete independence from the Chinese partner, total control over the business and its management.
The required minimum amount of charter capital of the company in China depends on the business scope of the company, its place of registration and of the regulatory determination of the local authorities of the Ministry (Department) of Trade and Industry. The minimum share capital for the company WFOE is 100,000 yuan (about U.S. $ 15 000). However, the company with such amount of share capital may conduct only consulting services.

At least two people are required to form a company in China. There are such positions in the company as Legal representative of the company, Member of the Board, Director-General, and Inspector-Controller (Auditor). The first three positions may combine into one and to be taken on by the same person. The post of inspector-Controller (Auditor), as the person controlling the company's operations and its other employees, should require another person. Board of Directors may be formed by  3 – 13 appointed members. Legal representative of the company and Chairman of the Board of Directors (or Executive Managing Director) must be the same person. The above positions may be taken by  both Chinese and foreign individuals.
Subsequently, for the company it will need a professional accountant.
The company must have a physical address (office. If the company is not intended to operate in China, it can have only nominal (legal) address.


Representation of foreign companies in China

The main regulations which are governing the registration of foreign enterprises representative offices in China:

1. Resolution of the Government of China on October 30, 1980 "Interim Provisions on control of the permanent missions of foreign firms;

2. Order of the State Administration of Commerce and Industry on 15 March 1983 "On the registration of permanent representative offices of foreign firms in China";

3. Order of the Ministry of Foreign Trade and Economic Cooperation of China from February 13, 1995 "Instruction on the resolution and control of the permanent missions of foreign firms in China".

Our company provides services in dissolution of foreign company representatives and companies with foreign investments which are registered in China.


The procedure of company representatives dissolution in China or Chinese company with foreign investments is longer and more difficult than the procedure of registration. China on behalf of state authorities wants to be sure that all the taxes are paid in time and fully. Even if the business in China was organized in a right way and competently and all the bookkeeping was conducted with in compliance with all tax return deadlines and all the taxes and fees are paid in time - even in this case there will be question regarding taxation.  Also one of the problems is that the list of documents required for company dissolution according to Chinese legislation is not exhaustive and tax offices situated in different parts of the city demand different list of documents.

After going through all the necessary procedures and giving back the certificate of incorporation in China, the seal and IC cards to Chinese Administration of Trade and Commerce, the dissolution of your company is officially registered in the registry of Chinese companies.

We register companies all over the world.
Please select region: 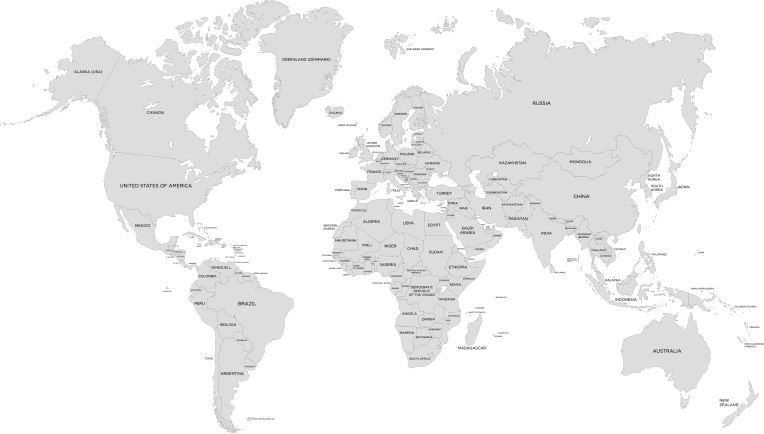