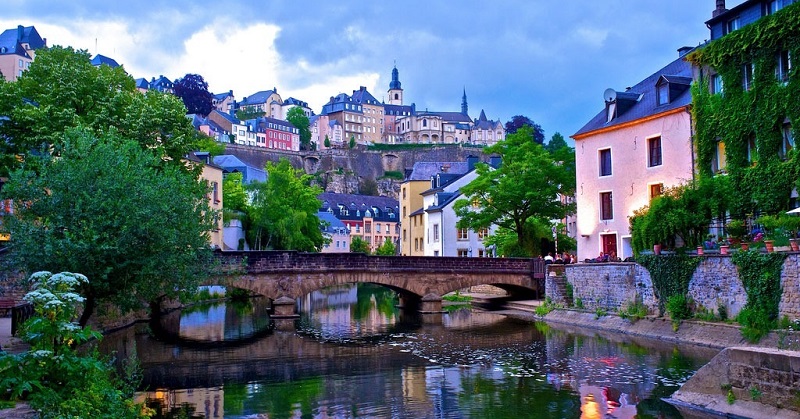 If you find a similar service at a cost lower than ours, we will try to make you a better offer.
The main advantages of an offshore company in Luxembourg as a low-tax jurisdiction:

Luxembourg is a small but industrialized country. Motivates company owners to register their business here in order to reduce tax costs, so it will not be difficult to create an offshore company in Luxembourg. At present, Luxembourg is actively attracting new foreign investment and thereby contributes to increasing its own popularity. Banking and finance have been actively developing since 1995. The Grand Duchy of Luxembourg is located in the heart of Western Europe and is known as an important financial and business center. In 1990, it abolished foreign exchange controls, and several subsequent laws (in particular, from 1992) provide for low tax rates for companies that contribute to the development of the country's infrastructure.

With regard to general taxation, there are two opposites side by side: a low rate of insurance premiums and a high rate of personal income. The corporate tax is 39%.

If the company is granted the status of a qualified holding company, it will be exempt from paying income tax. Being both a holding company and doing business in Luxembourg is prohibited.

Preferential tax rates have made it possible to attract many foreign companies in the form of investment funds, insurance companies, and in recent years - also sea vessels, although Luxembourg itself is landlocked.

Three types of company can be registered in Luxembourg: a classic holding company, an ordinary Luxembourg company with SOPARFI regulations and a commercial and industrial company. Most often, the first two types of companies are used to optimize costs.

In fact, the concept of "offshore company" in Luxembourg is not mentioned anywhere and is not described at the legislative level. Nevertheless, ordinary holding companies enjoy the same benefits here as offshore companies in classic offshore jurisdictions.

A holding company registered in Luxembourg has the following rights and capabilities:

- to buy and freely dispose of shares of other Luxembourg companies;

- have cash (including currency), precious metals, invest them in financial institutions;

- to open subsidiaries and corporations;

- buy back up to 1/10 of its shares, if it is approved at the meeting of shareholders.

There is only one requirement for a name in Luxembourg for offshore companies: the prefix Ltd, Limited, Corporation, Corp., Incorporated, Inc, etc. must appear in its ending.

Nominee shareholders are allowed, the minimum number of shareholders in a company is one. The meeting of shareholders is held once a year in the country. The income statement is submitted quarterly. The directors can be both residents and non-residents.

Companies registered in Luxembourg must keep copies of all financial documents. An extract from the bank account is provided annually, which is checked by the auditor and approved at the meeting of shareholders. The offshore company is obliged to transfer 5% of the profits to the reserve fund in Luxembourg. This is not a permanent payment: it will be made until the total amount reaches 10% of the issued capital. And another 0.2% of the authorized capital must be paid in the form of a state duty.

More than 180 foreign banks are successfully operating in Luxembourg. But the process of establishing a bank is rather complicated and confusing; only a bank that is well known in the world can obtain a license. Banking secrecy is strictly observed, all information about accounts and audits cannot be used against the client. In order to avoid money laundering in Luxembourg banks, the procedure for identifying the account holder has been tightened, but the facts of suspicious behavior are not disclosed anywhere.

It is easy to buy a company in Luxembourg with our help.